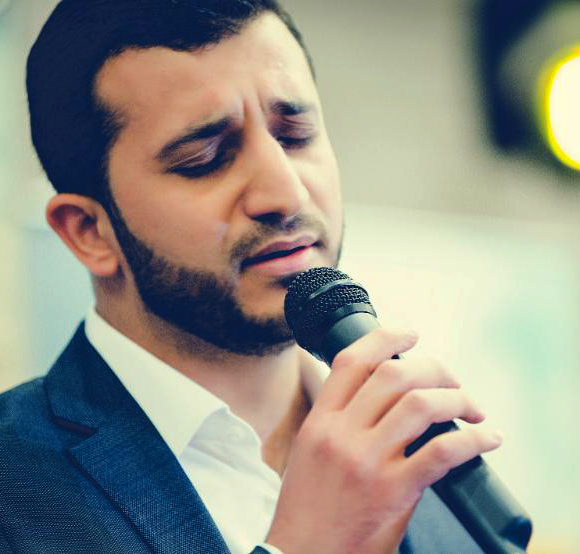 The Mmunshid and the Qari Ibrahim Daradasawi has an unprecedented voice, unique performance, and a special school of his own. An artist with a clear pour message that turns into a stable part of his life and art.

Two main reasons led to this remarkable talent and the absolute complete artist that Dardasawi ends up to:
First, the Holy Quran, as he has memorized it just before his sixteenth birthday. He perfected the intonation of the Holy Quran because he had the great opportunity of being taught by a group of the most important Sheikh in the whole Islamic world, such as the Egyptian Sheikh Abu al-Ayn Shaesha, which had its astonishing reflect on his morals, and with no doubt on his voice.
The second effect was the sea. Dardasawi spent his entire life by the sea. He lived in the coastal city of Aqaba. By which he learned patience, and had the fizzy feeling of the sea.

His relation to art had very early beginnings. His very first artistic path was with “ Al Shera’ Band”, which was established by the Islamic singer Ayman El Hallaq. Dardasawi was one of its main stars, joining his band in many Islamic and national festivals.
In spite of his engineering bachelor degree, he continued working on his talent, for which he had done several musical courses, with great musicians teachers in the Arab World.
Then he was permitted by the Egyptian Radio and the Television Union to singe. To deal with several important artists, poets, melodists, and many international production houses.
Dardasawi was named as Sharjah’s Islamic Singer, for the year 2007. In addition to other international awards of reading and intonation The Holy Quran competitions, such as:
The International Hashemite Competition, 2002.
Alfatih International Competition in Libya, 2005.
The Arabic Qari’ Competition which was held in the entire Arab World, by The Future TV, 2007.

Now he serves as the Imam of the Islamic Center of Wheaton, IL, USA